Here are the new and noteworthy features in Obeo Designer 6.2:

All the other changes are listed in the change log.

Expressions are used by Obeo Designer to retrieve information from the model (to populate a representation, to dynamically compute graphical properties or to define the behavior of a tool). Before Obeo Designer 6.2, expressions had to be written in Acceleo or standard OCL, even for retrieving very simple information.

Three new interpreters have been added to simply retrieve the value of features (attributes and relations), to evaluate services and to get variables.

To use these interpreters, just start the expression with the tags feature:, service: or var: followed by the name of the feature, service or variable. 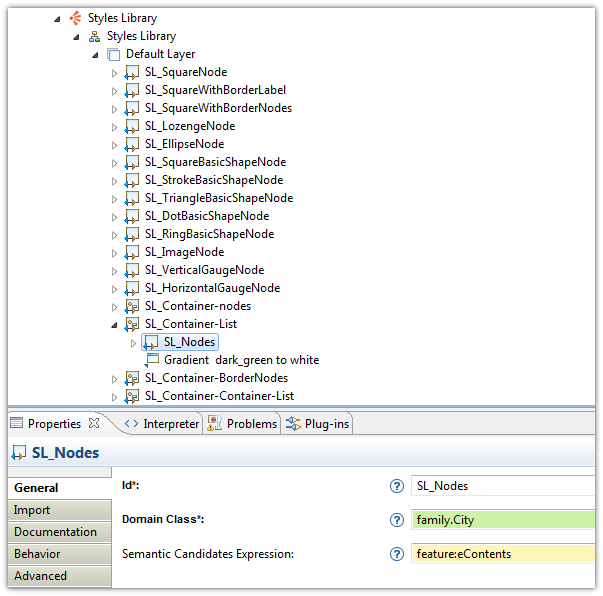 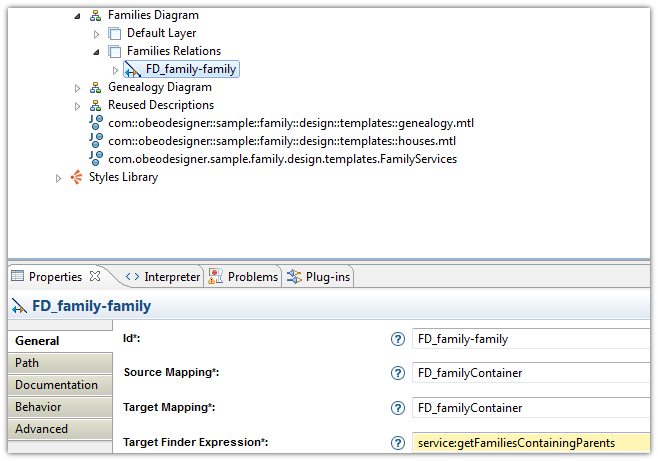 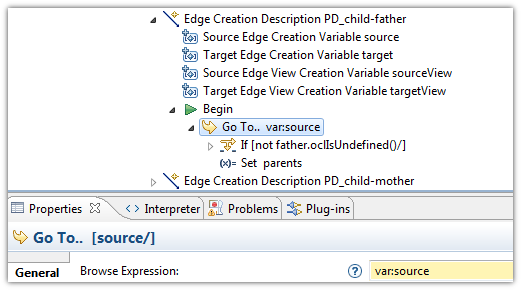 By using these interpreters, you can improve the performance of your modeler up to 30 %, as Obeo Designer can directly evaluate simple expressions without having to delegate this work to Acceleo or OCL engines (which implies more controls).

Now, with Obeo Designer 6.2, you can set the default size of the containers. 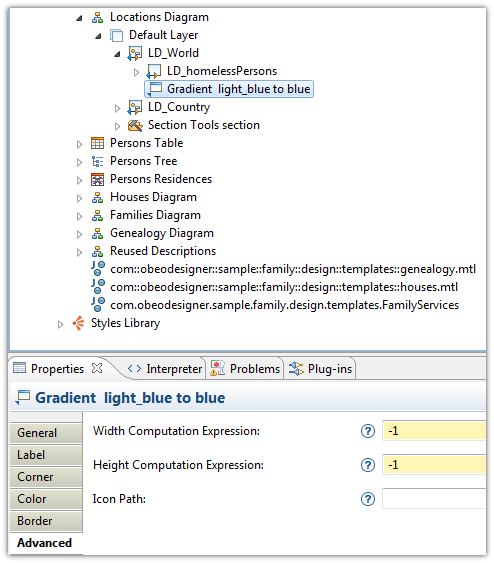 It is very useful to directly create new containers with a more appropriate size, thus avoiding users to systematically resize them after their creation. 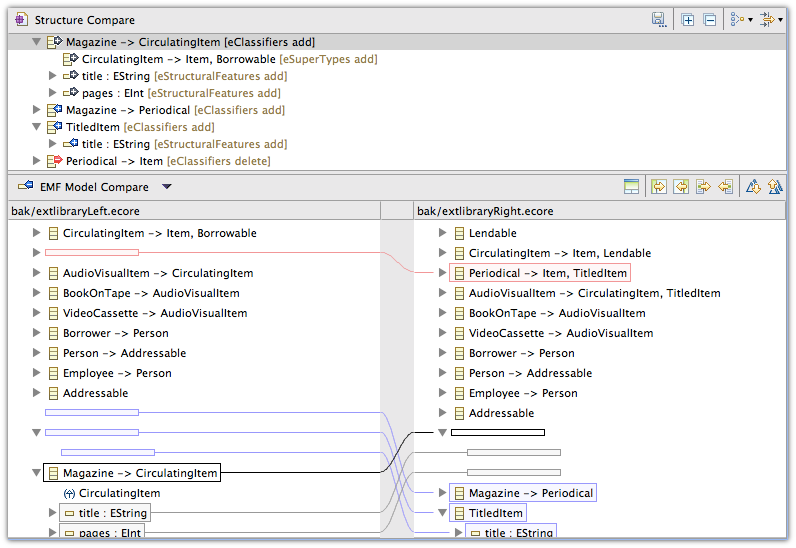 Most of all, EMF Compare 2.1 architecture has been redesigned to support comparisons of large fragmented models. Now, only the necessary fragments (minimized scope) of the compared models are loaded, bringing an incredible performance boost along with the memory gain.

This new architecture has been fully profiled and enhanced for large model comparisons, which brings a significant improvement in all comparisons, whether the input models are fragmented or not.

Obeo Designer 6.2 natively integrates EEF (Extended Editing Framework), one of the components provided by the Eclipse Modeling project. This framework allows you to create rich views to edit the properties of your model elements.

The new EEF version now supports collaborative mode : it means that the fields concerning properties of elements currently edited by another user are disabled until the modification has been committed, and automatically refreshed with the new values.

The collaboration mode of Obeo Designer is now based on CDO 4.2. The new version of this component provides many performance improvements which benefit to Obeo Designer : 15% faster to open a project, 30% to save modifications and 50% to refresh a diagram!

Many progress bars have been added for potentially long lasting actions (for example, opening large models).

Read What's new in Obeo Designer 6.1 to see the new and noteworthy features of previous version.